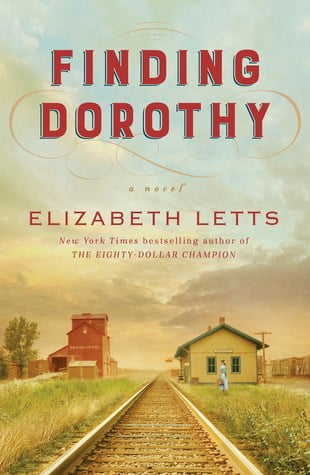 Author: 2019
Published: Elizabeth Letts
Description:
Maud Gage Baum, widow of the author of the book The Wonderful Wizard of Oz, met Judy Garland, the young actress playing the role of Dorothy on the set of The Wizard of Oz in 1939. At the time, Maud was seventy-eight and Judy was sixteen. In spite of their age difference, Maud immediately connected to Judy–especially when Maud heard her sing “Over the Rainbow,” a song whose yearning brought to mind the tough years in South Dakota when Maud and her husband struggled to make a living–until Frank Baum’s book became a national sensation. This wonderfully evocative two-stranded story recreates Maud’s youth as the rebellious daughter of a leading suffragette, and the prairie years of Maud and Frank’s early days when they lived among the people–especially young Dorothy–who would inspire Frank’s masterpiece. Woven into this past story is one set in 1939, describing the high-pressured days on The Wizard of Oz film set where Judy is being badgered by the director, producer, and her ambitious stage mother to lose weight, bind her breasts, and laugh, cry, and act terrified on command. As Maud had promised to protect the original Dorothy back in Aberdeen, she now takes on the job of protecting young Judy.   Place Hold
Current Month