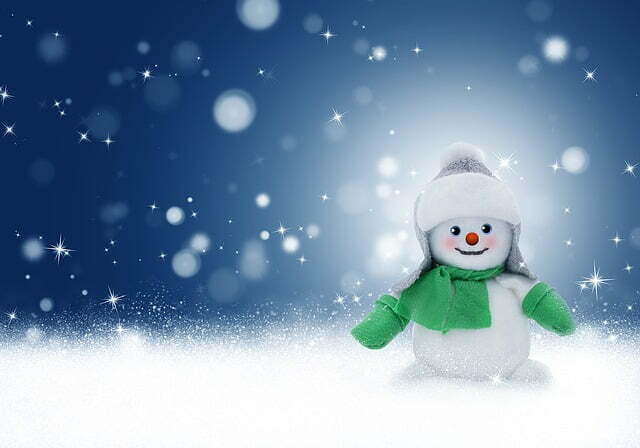 All of a sudden, it’s January. 2018 has irrevocably ended, and we’re now plowing forward into the New Year – literally plowing some days, depending on the snow. But let’s not dwell on that. Instead, let’s take a nostalgic moment to reflect on some of last year’s highlights. Specifically, library highlights. 2018 saw the launch of so many new programs at the Brandon Library. Early last spring, we started an English Conversation Group, where volunteers and Canadian newcomers get together on a Saturday afternoon to play games, share a coffee or a story, and generally make merry. When a Brandon Sun reporter stopped by to snap some pictures, he had such a good time he ended up staying for the whole afternoon. Summer Reading Club flourished in all five branches of the WMRL. In Brandon, brightly coloured paper basketballs, painting pallets, and kites, all inscribed with children’s names, spread out across the walls of the Children’s Area. Magician Ryan Price wowed a packed crowd at the end of the summer. In September, we announced the winners of the Library’s first annual Youth Short Story Contest: Galli Kubari and Maya Kirby. Stories were read, awards were given, and much laughter was shared at an open mic celebration for all ages. In October, youth author David Alexander Robertson visited the Brandon Library. He spoke with easy charisma about his journey as a writer, a father, and a member of the Cree nation. Later in the fall, CBC superstar Gordon Goldsborough once again filled the Program Room with the launch of his latest book, More Abandoned Manitoba. A highlight within a highlight was the six-year-old girl who came with her mother and uncle, sat through the entire launch as the only child in the room, and afterwards asked Gordon Goldsborough to sign a copy of his book just for her; she was going to start reading it as soon as she got home. Speaking of six-year-olds, 2018 ended with a definite bang! On December 29, the last Saturday of the year, the Program Room filled with eager New Year celebrants of the younger variety. In tinsel hats and with bubble wrap noise-makers underfoot, the room watched in squealing awe as two dozen colourful balloons rained down from the ceiling. Happy New Year! …Well, those are a few of the highlights. That doesn’t even include the luscious, comfy new chairs that now populate the public reading areas of the Brandon Library, or the swarms of avid readers who descended for the Annual Book Sale, or the undeniable adorability of half a dozen parents and infants all clapping on time (or trying to) for Baby Time. To make up for the fact that there isn’t room to talk about all the highlights here, we’ll just have to make sure we relive them in the year ahead! Thank you for all of your support throughout 2018!  Happy New Year! –Danielle Hubbard, Assistant Librarian – Programming and Outreach Services
Current Month

Facilitated by Kendal Ages 5+ Downtown Brandon branch Saturdays, October 2, November 6, & December 4 10:30– 11:15 am New LEGO building challenges will be presented to participants each month, along with LEGO-themed adaptations of classic games.

New LEGO building challenges will be presented to participants each month, along with LEGO-themed adaptations of classic games. This program is free to attend and all LEGO will be supplied by the Library. Spots will be limited and masks will be mandatory for all participants. We also require that guardians fill out a COVID-19 questionnaire for their child prior to the program. To sign-up, please email programs@wmrl.ca

General Interest: 1st OR 2nd Monday of the month, 7:00 pm All Library Book Clubs are self-run at this time and meet virtually over Zoom or outdoors in a socially distanced setting (when

All Library Book Clubs are self-run at this time and meet virtually over Zoom or outdoors in a socially distanced setting (when restrictions and weather permit).

The Library provides book club kits free of charge and we offer a wide variety of titles to choose from.

Those looking to join a book club can email programs@wmrl.ca to be connected to a group.

Facilitated by Paige Geared towards a preschool audience Wednesdays at 10:30 am Follow us @WMRLibrary on Instagram and tune in for new read alouds every Wednesday. Paige surprises us with a different theme each week!

Facilitated by Paige
Geared towards a preschool audience
Wednesdays at 10:30 am

Follow us @WMRLibrary on Instagram and tune in for new read alouds every Wednesday. Paige surprises us with a different theme each week! Some weeks offer accompanying crafts that can be picked up from the Brandon Shoppers Mall branch (or recreated at home)!

Videos will remain accessible on our social media for 24 hours after the Livestream, in compliance with publisher permissions.

Storytime in the Park

Wednesday, October 6th, 10:30-11:00 am Held at Princess Park in Brandon All ages welcome, geared towards a preschool audience + caregivers Join us in Princess Park where we will read stories and offer snacks and

Wednesday, October 6th, 10:30-11:00 am
Held at Princess Park in Brandon
All ages welcome, geared towards a preschool audience + caregivers

Join us in Princess Park where we will read stories and offer snacks and craft kits. No registration is required for this FREE children’s program. NOTE: This event is subject to the weather. Please stay tuned to our social media, as we will post an update if any location changes are necessary.

Facilitated by Kids Code Jeunesse, the Library is offering an 8-week virtual coding club for youth who are interested in learning to code. No previous experience with coding is necessary, as this session will be geared towards beginners.

This is a free program, but participants must have access to the internet and a computer to attend the meetings. All WMRL branches offer options for coding kits that can be borrowed if you do not own a computer, and there may be opportunities to attend from your local branch for those without internet access at home.