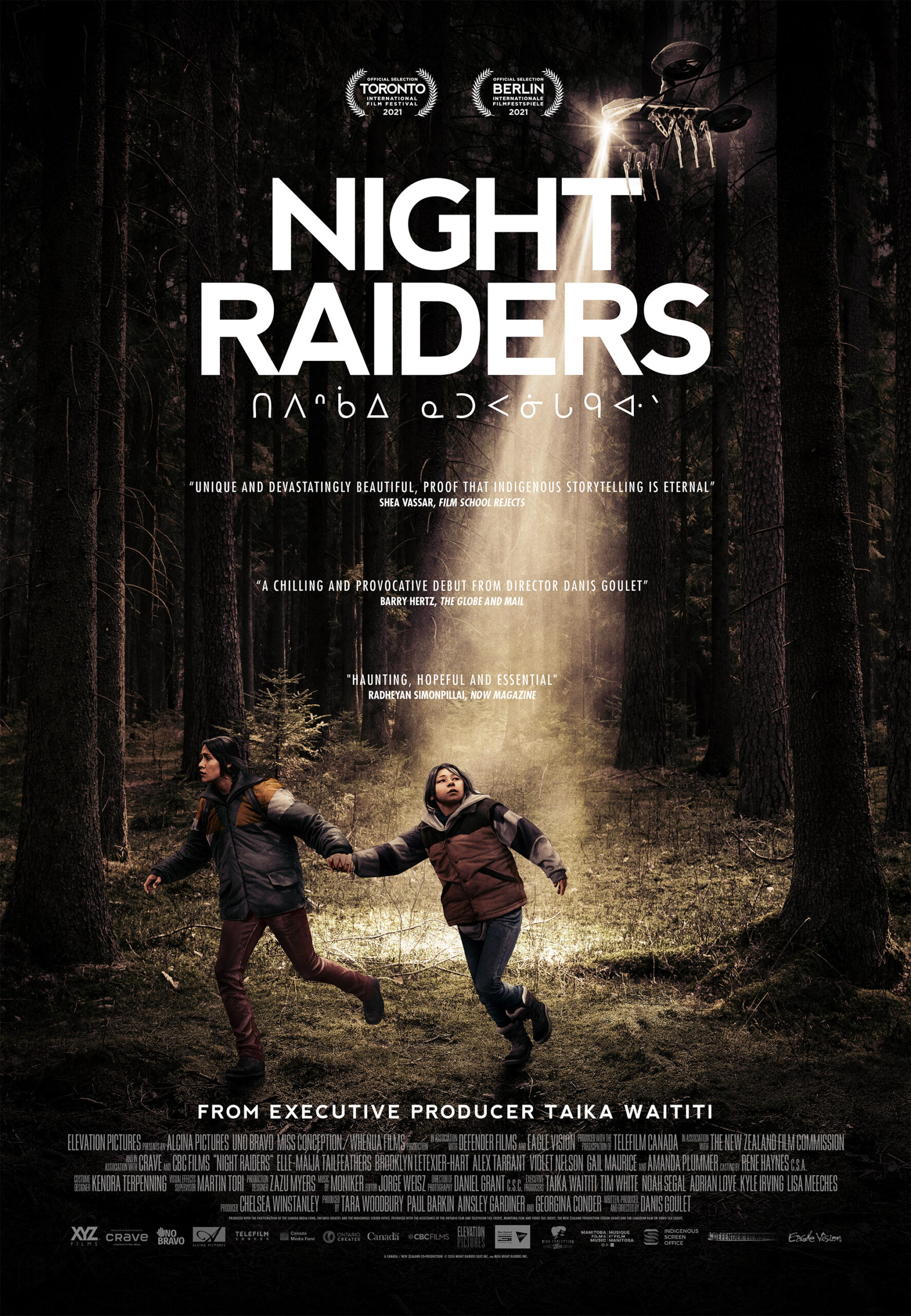 The Brandon Public Library, in partnership with REEL Canada, is proud to present Night Raiders as Brandon’s film of choice for National Canadian Film Day. Night Raiders is a Canadian sci-fi thriller directed by Danis Goulet which tells the tale of a young mother in a post-war future who is trying to rescue her daughter from State Academies, or forced-education camps. Night Raiders is a film that takes on the legacy of Indian Residential Schools and builds upon that legacy into a thrilling exploration of Indigenous women taking back their lives and saving their children from a future that threatens to repeat the past. We are proud to partner with REEL Canada in bringing Indigenous made films to Canadian audiences. We hope you can join us at 6 PM on April 20th in the Program Room of the downtown branch of the Brandon Public Library to take in this film!

Saturdays, 10:15 AM to 11:15 AM Downtown Brandon branch Come get strapped into our Virtual Reality system to explore, learn and play. Peo-ple of all ages are welcome to book

Come get strapped into our Virtual Reality system to explore, learn and play. Peo-ple of all ages are welcome to book a one-hour session. A waiver form must be signed before your session begins. Please email programs@wmrl.ca to book yours.

New LEGO building challenges will be presented each session, along with LEGO-themed adaptations of classic games! This program is free to attend and all LEGO will be supplied by the Library. Spots will be limited. To sign-up, please email pro-grams@wmrl.ca.

Join us for a story, some rhymes and maybe even some crafts at our new location in the Shoppers Mall.

Join us for a story, some rhymes and maybe even some crafts at our new location in the Shoppers Mall.

Join us as we celebrate some of our favourite book series: Dog Man, Diary of a Wimpy Kid, The Bad Guys and Wings of Fire. Each session will offer games and activities based on each se-ries. Play Dog Man bingo, test your knowledge with Diary of a Wimpy Kid trivia, create your own Bad Guy character, find all of the Wings of Fire characters in a scavenger hunt, and more! Come to one or all sessions. No registration required. Children under 12 must be accompanied by an adult.

Come out to the Carberry branch for a story and a craft.

Come out to the Carberry branch for a story and a craft.

With Kids Code Jeunesse, we are offering two four-week virtual coding clubs for youth who are interested in learning to code. Basic computer skills are required. This is a free program, but participants must have access to the internet and a computer to attend the meetings. All WMRL branches offer options for coding kits that can be borrowed and there may be opportunities to attend from your local branch for those without internet access at home. Limited spots are available. Please email programs@wmrl.ca to register your child.