Home Locations & HoursNeepawa Public Library For the Love of Books 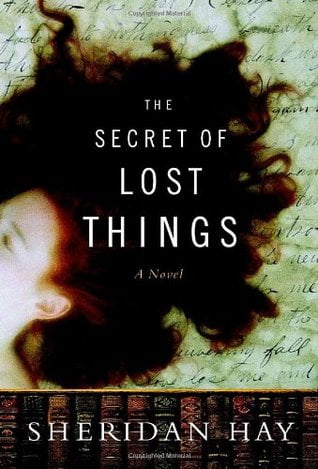 For the Love of Books

I recently finished reading Sheridan Hay’s novel: “The Secret of Lost Things.” It’s currently in Neepawa Library’s collection and you can place a hold here in our catalogue.

Primarily a coming-of-age novel about a young woman who travels from her home in Tasmania after the death of her mother to New York City, where she lands a job in a large used book store called the Arcade and become embroiled in a search for a lost manuscript written by beloved American author Herman Melville. Our heroine learns to make her own decisions and to pursue the things that she wants all the while describing this facinating world of book collecting. We also meet an eclectic group of people at this book store and learn how there’s many different kinds of book lovers.

Ms. Hay herself emigrated to America and based this book on her own experiences. She subsequently entered into the book and publishing trades which helped to build this novel full of personal introspection and discovery.

However, this story takes an interesting turn. Only days after finishing the book, I stumbled across a documentary film on CBC Gem called “The Booksellers.” How could I resist? The description said it was about the rare-book trade in New York City. Do you see where this is going? Imagine my surprise when many – and I mean many – of the stores and people from “The Secret of Lost Things” are revealed as real in the documentary. Right there is the multi-story bookstore that the Arcade is modeled after. And the highly respected collector of rare things from the book (Peabody), is right there on the screen talking about all the reasons he collects and displays the items he owns! It was sureal to say the least.

Not being a novelist myself I have the utmost respect for people who can create a story from their imagination and make it appealing to other readers. But the serendipity of this personal reading experience makes me wonder if maybe, just maybe, a person could write an interesting story by just changing a name here, a location there, and right there in the middle there’s a little side story about a small library in a Canadian Prairie town.

This is a good reminder to check into National Novel Writing Month which is starting online writing workshops in September. Want to write? Give it a try!

Facilitated by Kendal Ages 5+ Downtown Brandon branch Saturdays, October 2, November 6, & December 4 10:30– 11:15 am New LEGO building challenges will be presented to participants each month, along with LEGO-themed adaptations of classic games.

New LEGO building challenges will be presented to participants each month, along with LEGO-themed adaptations of classic games. This program is free to attend and all LEGO will be supplied by the Library. Spots will be limited and masks will be mandatory for all participants. We also require that guardians fill out a COVID-19 questionnaire for their child prior to the program. To sign-up, please email programs@wmrl.ca

General Interest: 1st OR 2nd Monday of the month, 7:00 pm All Library Book Clubs are self-run at this time and meet virtually over Zoom or outdoors in a socially distanced setting (when

All Library Book Clubs are self-run at this time and meet virtually over Zoom or outdoors in a socially distanced setting (when restrictions and weather permit).

The Library provides book club kits free of charge and we offer a wide variety of titles to choose from.

Those looking to join a book club can email programs@wmrl.ca to be connected to a group.

Facilitated by Paige Geared towards a preschool audience Wednesdays at 10:30 am Follow us @WMRLibrary on Instagram and tune in for new read alouds every Wednesday. Paige surprises us with a different theme each week!

Facilitated by Paige
Geared towards a preschool audience
Wednesdays at 10:30 am

Follow us @WMRLibrary on Instagram and tune in for new read alouds every Wednesday. Paige surprises us with a different theme each week! Some weeks offer accompanying crafts that can be picked up from the Brandon Shoppers Mall branch (or recreated at home)!

Videos will remain accessible on our social media for 24 hours after the Livestream, in compliance with publisher permissions.

Storytime in the Park

Wednesday, October 6th, 10:30-11:00 am Held at Princess Park in Brandon All ages welcome, geared towards a preschool audience + caregivers Join us in Princess Park where we will read stories and offer snacks and

Wednesday, October 6th, 10:30-11:00 am
Held at Princess Park in Brandon
All ages welcome, geared towards a preschool audience + caregivers

Join us in Princess Park where we will read stories and offer snacks and craft kits. No registration is required for this FREE children’s program. NOTE: This event is subject to the weather. Please stay tuned to our social media, as we will post an update if any location changes are necessary.

Facilitated by Kids Code Jeunesse, the Library is offering an 8-week virtual coding club for youth who are interested in learning to code. No previous experience with coding is necessary, as this session will be geared towards beginners.

This is a free program, but participants must have access to the internet and a computer to attend the meetings. All WMRL branches offer options for coding kits that can be borrowed if you do not own a computer, and there may be opportunities to attend from your local branch for those without internet access at home.